Struggling to Sleep? I may have the answer…! 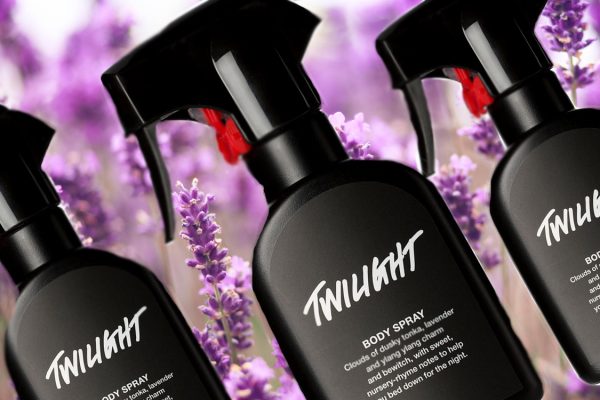 Before I fell pregnant I never used to struggle to fall asleep, then sleep through the night. My husband used to be the one sitting awake, but as soon as my head hit the pillow I was blissfully asleep! However, now I’m waking up throughout the night, restless, too hot, then too cold, headaches, feeling sick, uncomfortable and just unable to sleep like I did before. I’ve been told by my friends this is my body preparing me for the babies arrival, but surely it’s better to get as much sleep as possible now?! Plus, I don’t believe in naps during the day, I never have (yes I know this will change once the love bug is here!)

I researched what I could use, which was safe and not medication or pills, that would help me sleep better. I tried Rituals products, which smelt great but had no affect, I tried lavender candles, but neither made improvements. UNTIL…. I read about Lush’s Twilight Range, the Sleepy cream is meant to be good, but I feel like I’m applying so many creams as it, so I researched their Twilight Body Spray which has quickly been a hit and sold out in multiple locations including online… I should know as I was checking daily!

FINALLY at the weekend I popped into the memorial mall location and got my hands on the last spray! So I’m warning you now: If you’re keen to try this product, pop down to your nearest Lush, sharpish. While the spray can work as a perfume, it’s better used by smothering yourself in it before bed or spritzing it on your pillow and bedsheets.

Just like the Sleepy body lotion, it’s got notes of lavender, tonka, and ylang ylang – reviews even say it smells just like Sleepy, just in an easy to spray form. It’s lacking the oats in Sleepy, so won’t have that subtle biscuit-y scent. Twilight works to relax your body and mind to send you off to sleep thanks to all the lavender, which is known for its soothing properties. It’s handy for anyone who doesn’t have access to a tub. The Twilight bath bomb is well-known for its dreamy sleep-inducing properties, but not all of us have time for a nighttime bath – the Twilight spray and Sleepy lotion are a speedy alternative. There’s also a Twilight shower gel if you’re more of a shower person, but we reckon the spray is the easiest option. Spritz it around your room, on to your bod, and on to your pillow, and we reckon you’ll be drifting off in no time.

It has been a godsend. I LOVE this spray, and our bedroom smells delicious! My husband is also loving it, so double win!